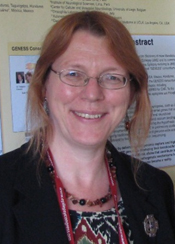 Tools and Techniques: Gene localization of disease traits are performed using large extended pedigrees with multiple affected individuals. Some of our pedigrees have more than 100 total, and 9 clinically affected members. These large families allow us to follow the segregation of the phenotype through linkage analyses. In the past genes were successfully localized using fine mapping and mutational analyses, we are currently performing next generation deep sequencing to decrease time spent localizing susceptibility genes. Bioinfomatics is used to determine significant variants, which are then tested for presence in other affected family members and other affected individuals in our large clinical cohort. Mutations in the candidate gene are then knocked in and out of a mouse and fruit fly to demonstrate causality and study biomechanisms.

Interests: Genetic epidemiology of epilepsy and other neurological disorders, post traumatic stress disorder and schizophrenia. Focus on gene localization through family-based linkage and association methods as well as next generation deep sequencing technology. Studying the biomechanics effects of genes discovered (e.g. EFHC1) in mice and fly models as well as the prevalence (clinical importance) of these genes and their evolutionary history in various worldwide populations.

Personal Statement:
Dr. Bailey became interested in evolutionary biology and statistical genetics during her first degree working with insects. In graduate school she started studying Epidemiology and Human genetics. Most of her career has been focused on methods to find genes for complex traits using large extended pedigrees. These large, extended families allow the study of co-segregation of specific DNA and the clinical and subclinical phenotypes. Dr. Bailey studies families collected from various countries including Honduras, Mexico, Armenia and the United States, some families have over 100 members and more than 9 affected members.