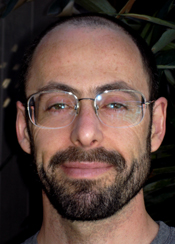 Personal Statement:
I am an evolutionary anthropologist interested in contemporary human behavior and health. In a series of studies, I have explored how changes in prophylactic behavior adaptively compensate for increased susceptibility to infection entailed by progesterone-induced immunomodulation; recently, I have begun examining the relationship between progesterone and cholesterol (utilized by many pathogens) in a similar light. Relatedly, I have investigated the relationship between disease avoidance and attitudes toward foreigners. Another research thread addresses food and ingestive behavior, including the psychological consequences of caloric restriction in anorexia nervosa and hunger striking, adaptive changes in satiation across the menstrual cycle, infant mouthing behavior, salt preferences, conditioned taste aversions, and gestational cravings and aversions. Additional health topics addressed in my work include sexual dimorphism in relative foot size, and the relationship between reproductive history and birthweight. Beyond health-related topics, I work on i) emotions, including disgust, shame, and anger; ii) the evolution of cooperation and morality, including the situational and demographic determinants of pro- and anti-social behavior; and iii) inbreeding avoidance in humans. I am excited about the prospect of collaborating with colleagues on such diverse topics as the relationship between paternal genomic imprinting and maternal-fetal conflict, and possible sex differences in clotting times across species. As the above scatter-brained list attests, I adopt a broadly interdisciplinary perspective, and, via the UCLA Center for Behavior, Evolution, & Culture, have worked for 14 years to facilitate interdisciplinary exchange at UCLA around the topic of evolution.