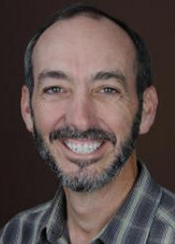 Personal Statement:
I am a psychiatrist, interested in the evolutionary biology of mental disorders, especially the role of sexual and parental selection. Unlike survival selection, sexual and parental selection can produce fitness indicators—bodily and behavioral traits whose size, loudness, or complexity reveals which individuals have the best genes. Some human mental capacities may have evolved as fitness indicators and their low-fitness extremes may explain some mental disorders. For example, schizophrenia could be a very poorly-developed version of something humans do to attract mates or repel rivals, analogous to a small, dull peacock’s tail. Likewise, autism could be a very poorly-developed version of something infants do to extract maternal resources. These one-sentence hypotheses, if correct, would explain many seemingly disparate facts about each disorder, and lead to surprising, testable and potentially useful predictions, all of which arise from a handful of properties common to all fitness indicators, regardless of species or specific trait.