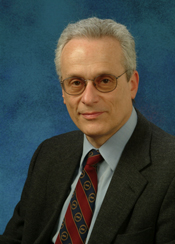 Professor of Medicine and Pathology, UCLA

Personal Statement:
I am a physician-scientist primarily interested in the role of host defense peptides in inflammation, iron homeostasis and their disorders. My NIH-funded laboratory made major contributions to the elucidation of the host defense role of antimicrobial peptides defensins and discovered the iron-regulatory peptide hormone hepcidin, then proceeded to characterize its fundamental role in hereditary hemochromatosis, iron-loading anemias and the anemia of inflammation. To arrive at understanding the molecular pathophysiology of hepcidin, we performed extensive comparative studies of human and transgenic murine disease models. More recently, we have applied comparative genomic approaches to studies of naturally occurring lethal iron overload disorders in captive black and Sumatran rhinoceroses to which captive white and Indian rhinoceroses are resistant. In a classical evolutionary paradigm, iron overload develops on the common zoo diet in the two browser species whose natural diet is poor in bioavailable iron but not in the two grazer species which are presumably well-adapted to similar diets. We have learned that such natural models are quite common and will utilize them to improve the understanding of normal and pathological iron regulation. With the help of our close collaborator Donald Paglia, MD, Professor of Pathology Emeritus at UCLA and a well-known expert on rhino biology and diseases, we have developed extensive links with zoos and veterinarians with similar interests and access to rhino samples and data. More recently, we began to participate in analyzing a similar experiment of nature in bat species which are susceptible or resistant to iron overload in captivity.